Visual Culture Impacts US History: What Is Seen and What Is Erased?

“Nicolas Lampert’s A People’s Art History of the United States is a fascinating, if anecdotal, look at the ways activist art propels and augments social change movements. It makes no bones about the fact that it is not an all-encompassing survey of progressive art but is instead a look at the ways specific activists have used visual media – broadly defined to include everything from installations and street theater to painting, sculpture, puppetry, poster-making and photography.

A link to a WUWM radio interview with Bonnie North on the Lake Effect show about art activism in Paris. Also the text from the WUWM feature:

“When people and organizations take to the street to protest an event or policy, you often see many homemade signs and banners. However, Milwaukee artist Nicolas Lampert believes that through creating unique and professional signage, a cause can get more attention and validation.

Lampert is a senior lecturer at UWM’s Peck School of the Arts as well as an artist with the Justseeds Artists’ Cooperative, a worker-owner printmaking cooperative, and Climate Prints, a website that offers artwork to activist organizations around the world. He is also part of ReciproCITY, a mobile cultural center.

His passions have led him to focus on social justice and ecological causes, so much so that Lampert attended the COP21 climate conference in Paris last month as a protestor and artist.

“What makes the climate justice movement so vital is the urgency of the issue,” he explains. “There’s simply not much time to really restructure the world’s energy production and the way we power our countries and our cities.”

Through collaborative efforts, Lampert has put his and other artists’ work at the forefront of various causes. “I want to make a difference with my art, and I think the way you do that is by networking with other groups, putting art directly into movements,” he explains.

From banners that are 200 feet long to posters plastered on the walls of buildings, Lampert believes that the art made for a movement demands as much attention as the people shouting the slogans.

Lampert believes that all movements need artists be to involved in the decision making process. “When environmental movements and activists are trying to get their message out, the media is going to train its camera on something that is photogenic. And when you have a demonstration that is coordinated and there’s massive banners, floats, and you name it…that’s compelling,” he says.

“Paris is just another stepping stone…2016 and beyond is where a lot of this hard work continues,” Lampert adds.”

Here is a link to a one-hour radio interview that I did with Norman Stockwell on The Public Affairs radio show on W.O.R.T. – a community radio station in Madison, Wisconsin. The interview walks through the book and discusses examples ranging from wampum belts, abolitionist art, the I.W.W., and numerous other examples of art and activism.

Link to an extensive review by Paul Mullan of A People’s Art History of the United States for Red Wedge Magazine. Mullan’s review goes far beyond that of a book review: it is a review about why activist art matters and why a focus on looking outside the art world for this type of work is so critical. 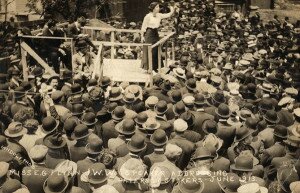 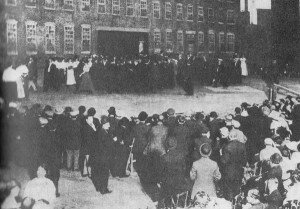 Here is another excerpt from A People’s Art History of the United States. This excerpt starts at the beginning of the chapter and discusses the Paterson Pageant in 1913 and the alliance of IWW strike organizers, silk workers, and Greenwich Village avant-garde artists.

Here is a link to a October 2014 PAH book review from Cultural Organizing.org which closes with a great quote/synopsis: “The book is less an ode to the power of using art to create change, and more a complex exploration of how the arts are always political, and have long been a part of struggles over justice — we just have to look in the right places.” 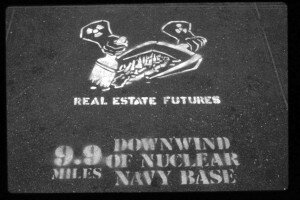 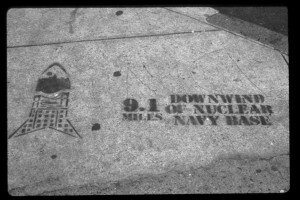 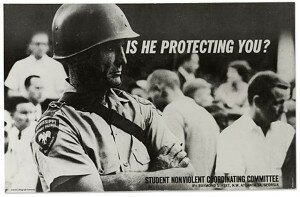 This year marks the 50th Anniversary of Freedom Summer – or the Mississippi Summer Project. Here is an excerpt from A People’s Art History of the United States that discusses the history and the role of photographers who documented the movement- specifically Danny Lyon and SNCC Photo. The excerpt starts at the mid-point of the chapter. 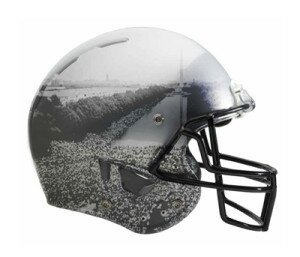 Recently I gave myself a design challenge. Come up with 8 new names to replace the blatantly offensive name – the Washington Redskins – and choose a name and helmet design that references movement culture and social justice. Here is my post on the Justseeds blog with the names, designs, and the pros and cons for each one. And yes I do want to see the Washington March become the new name.